As official main sponsor, Tsubaki was thrilled that BVV Barendrecht was scheduled to play on 15 December for the TOTO KNVB Cup against AFC Ajax, which is now in the top 3 of the Dutch National League. 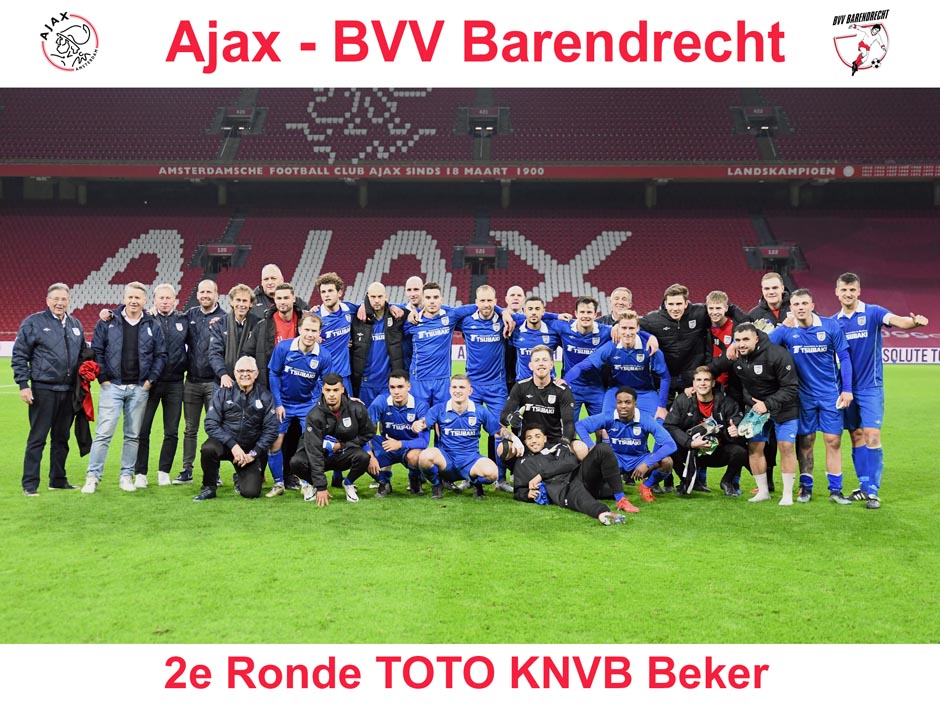 We must say that with Ajax being top favourite, playing 3 divisions higher than Barendrecht, the latter nonetheless put up a good fight yesterday in the Johan Cruijf Arena in Amsterdam.

Barendrecht as the clear underdog managed to withstand Ajax well until the tenth minute of the match. Just before half-time, Barendrecht had a few good shots that barely missed the goal. In the second half Vorthoren even managed to score, but Barendrecht was flagged for being offside unfortunately. Ajax won with 4-0 in their home stadium.

Most seem to agree that even though the game was decided in favour of Ajax, the amateur club from Barendrecht was the one showing their best.

Please have a look at the 2-minute impression of the day from BVV Barendrecht's Youtube channel:

Please have a look at the 5-minute (Dutch) summary of yesterday's match for free from the official ESPN Youtube channel: