A waste to energy incineration plant in the Netherlands has seen the working life of the chains on its bottom ash conveyor double, thanks to bespoke chains developed by Tsubaki. 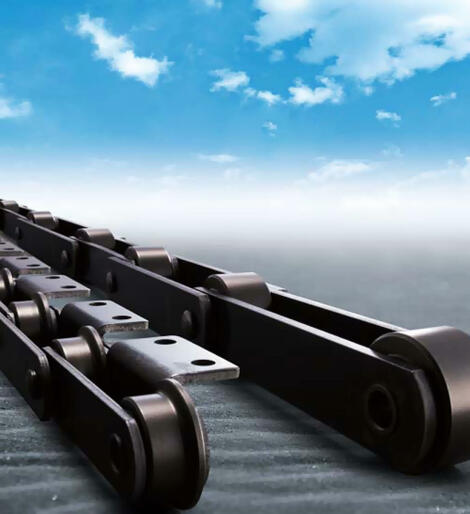 Waste-to-energy has become a very attractive option for industrial and municipal organisations worldwide, as it simultaneously addresses the issues of waste disposal and energy generation. By burning the waste at very high temperatures (>1,000°C), modern incinerators produce very little airborne pollution, only a benign ash which in some cases can be used as a building material or crop fertiliser.

The amount of energy produced around the world from waste is growing markedly, from an estimated value of $28.4bn in 2017 to a projected $43bn by 2024, according to analysts Statista. Other benefits include reduced landfill and possible use of the ash.

One of the operational challenges that all waste to energy plants has to address is ash handling. Until about 25 years ago this was usually done by washing the ash through a series of sluice gates. However, as this was not particularly efficient, now most operators prefer bottom ash handling systems and plant builders have developed standard, customised and bespoke equipment for this.

In practice, the ash is so hot that allowing it to cool naturally would take an impractically long time. Instead it is cooled with water, as a spray or in a bath, which opens up another possible benefit of heat energy recovery. Unfortunately, the resulting wet ash can be very abrasive and is notoriously difficult to handle. 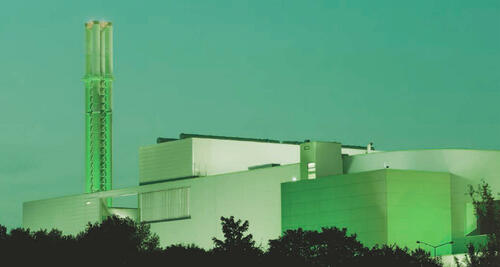 A waste to energy plant in the Netherlands was producing significant amounts of energy and was proud of its performance in terms of low emissions and maintaining good air quality. Initially it simply accepted the fact that, due to the abrasive particles found in the application environment, it had to replace the chains that drove its ash conveyor every 12 months, even though this meant severe disruption to the main power generation operations.

It then asked experts from chain maker Tsubaki about possible approaches for reducing the downtime created by having to replace worn chain. After some investigation Tsubaki was confident that it could develop a new chain that better matched the needs of the plant, so it took away some samples of the worn chain, dry ash and wet ash slurry for analysis.

The chain showed two major recurring problems. With use it became corroded and heavily pitted, particularly at the area between the pin and the holes on the link plates. This was the result of chemical attack of the metal parts of the chains. However, there was also evidence of considerable mechanical damage. Ash, particularly when wet, could penetrate into the bearing areas of each link. This compromised the ability of the links to rotate smoothly as they accommodated changes in direction of the conveyor. The result was that the chain became stiff and therefore inefficient. In many cases the links became stuck altogether and unable to move properly relative to neighbouring links. Further this could then lead to flat areas being worn onto the rollers, which reduced the chain's efficiency and life expectancy even more.

Tsubaki sees similar problems across a wide range of arduous industries, so had an armoury of ideas and solutions to apply to the waste incinerator project. It considered some of its standard products, which could have withstood the ravages of the ash well, but recommended that a bespoke solution would give the best possible outcome.

The optimum solution that emerged from the research included additional hardening for each of the rollers' outer diameter surface, inner diameter surface and the surface of the bushes. This would reduce wear considerably and therefore increase service life. The composition of the pins was reformulated with a view to reducing pitting caused by corrosion; in fact, once installed, it was found that this eliminated it all together. This means the chains will wear evenly and predictably, avoiding uneven wear that can prove catastrophic to normal efficient operations. The Tsubaki design team also increased the clearance between the moving parts of the chain, so that ash particles could pass through more easily and thus cause less damage.

The Tsubaki technical team took the whole project to the next level by analysing and comparing wear at regular intervals through the life of a number of chains. From this they were able to plot average wear levels against a time line and identify a set of metrics that indicated how each new chain was performing in use. This allowed optimisation of scheduled maintenance, because, if a chain could be seen to be wearing either faster or slower than expected, the schedule could be compressed or expanded to suit each chain.

The result is that the power plant now needs to replace its conveyor chain only every two years, half as often as previously. This brings several benefits to the plant operators, notably they have to spend less on buying and installing new chain. With down time for chain replacement halved, productivity has increased accordingly; which increases revenue and profitability. The optimised maintenance scheduling has reduced the risk of unplanned stoppages, which would prove very costly if they occurred.

Tsubaki continues to work with the plant operators, analysing worn chain on an ongoing basis to see if further improvements can be made and always looking at other issues such as plant redesigns and alterations to working practices. 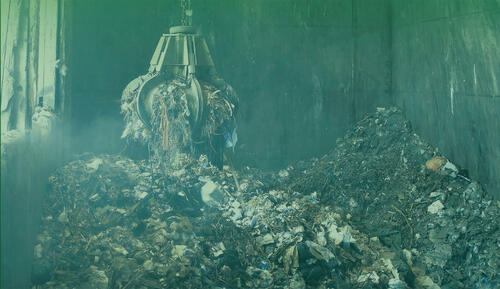