No other marathon in the Netherlands can match the Rotterdam atmosphere, with more than 950,000 enthusiastic spectators along the course the NN Marathon Rotterdam 2018 was again an exciting experience! 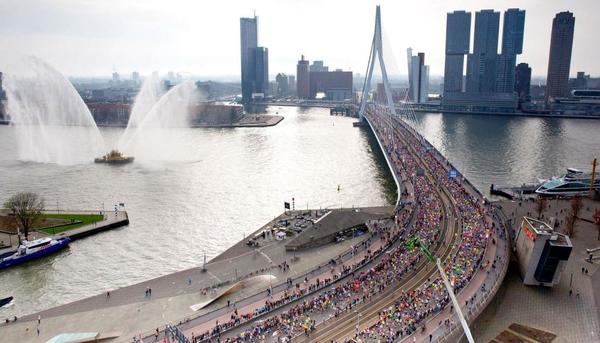 The runners started from a new and inspiring location: the foot of the iconic Erasmus Bridge. The Coolsingel was the beating heart of the marathon weekend again where thousands of runners crossed the finish line.

In this sunny 38th edition of the NN Marathon Rotterdam Tsubaki participated with 12 runners. There was a crowd of Tsubaki supporters for cheering and organisation.

All runners made Tsubaki proud by running excellent times. Their master performances were sponsored by Tsubakimoto Europe B.V. and resulted in the donation of €1750,- to the Dirk Kuyt Foundation.

Team Quay came to join this Marathon from Poland. Their comment afterwards: 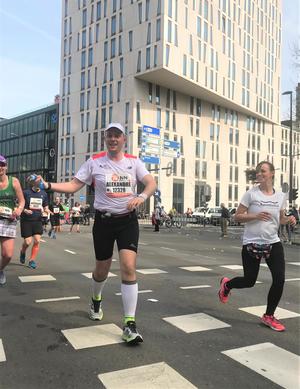 "The four people from our company spent a great weekend in Rotterdam. We were invited by Tsubaki to take part in the NN Marathon Rotterdam for the second time. Together with our friends from Tsubaki we run: Full Marathon, Business Duo Marathon and ¼ Marathon. Despite the hot temperature all our runners were very happy to run this epic marathon.

From Tsubaki's side this event was very good prepared and organised. We thank you for your strong support! We had a wonderful time before, during and after running with the Tsubaki team and the atmosphere was amazing and cheery.

We sure hope to join next year's 39th Edition!"