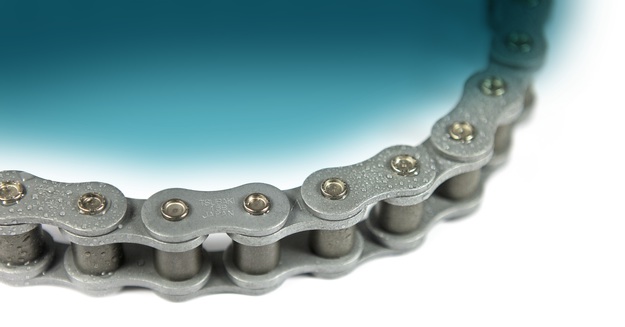 Tsubaki's Neptune™ Series comes with the full strength of its carbon steel ANSI and BS standard chain series, which now have a longer service life in corrosive environments than ever before.